What to do When Your Music School Won’t Grow

In part III of this 3-part series What to do When Your Music School Won’t Grow music school owner Eric Bourassa, of Fort Worth Music, and I finally reveal what I believe is the explanation for why his music school has gotten stuck when it comes to exponential growth.  Eric’s website and marketing message hit all the right buttons. He’s a charismatic and affable leader. He has amazing instructors. What gives? In this episode, we discover what I believe is not only Eric’s barrier to growth but many music schools’ greatest growth challenge. 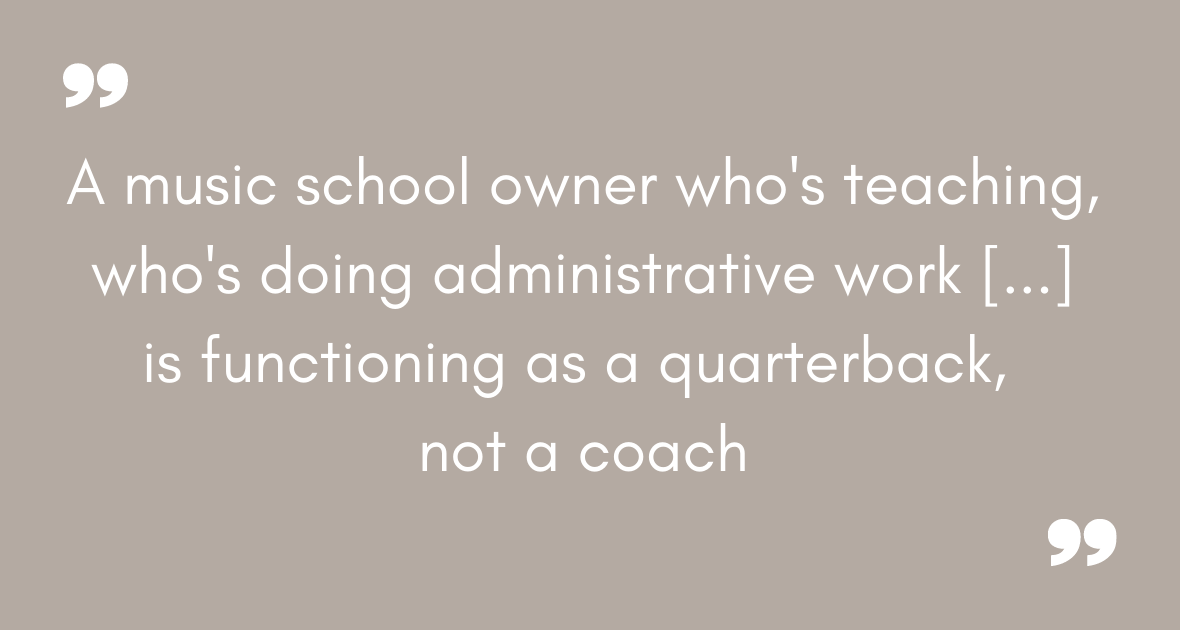 You need to be thinking strategically all the time. You need to fight, to struggle, to maintain that bird’s eye view, bird’s eye view of your business but also certain factors in the market that are impacting your business. Just like the coach is looking at his team, he’s also looking at other factors that are impacting his strategy. More specifically, the other team. How the other team is impacting his strategy.

Your market, your community, the way your ideal customer thinks are impacting your ability to progress your agenda, to grow your school. It’s important to look at your music school and to look at your marketing strategy. It’s also important to look at the conditions in your market or specifically to closely study and understand your ideal customer. Your success as a music school owner, as a marketer is to constantly be observing and studying your ideal client, their worldview, what outcome they hope to get from music lessons, what messages resonate with them?

Are You Your Music School’s Coach or Quarterback?

Most likely your school just started with you but nonetheless, you have to prioritize setting time aside each day, to focus on the big picture, strategic thinking, and growth-related activities. The football coach doesn’t go into the game and just say, let’s just get out there and run the ball and throw the ball and see what happens. That would be a reactionary strategy, that would just be reacting in the moment and that’s how a lot of music schools operate. They just react in the moment. They don’t have a plan. They don’t have a strategy. 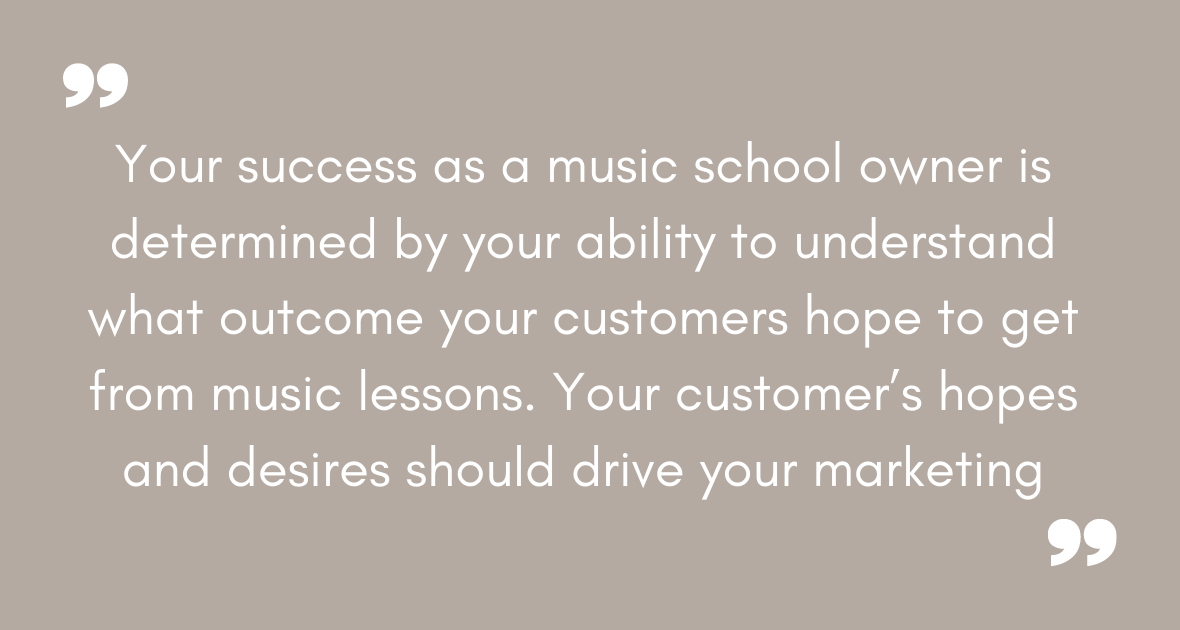 A strategy defines a clear objective. Perhaps it’s gain 40 students by March. Marketing strategy lays out the tactics that will be deployed, maps out the messages or the messaging that’s going to be placed inside of those different tactics or those different marketing tools or marketing platforms. A marketing strategy has a system for measuring success. A music school owner who’s down in the trenches, who’s teaching all the time, who’s running the administrative efforts, typically the marketing is more of an afterthought. It’s reactionary. Quite often the marketing is just neglected because there’s just too much other stuff that has to get done. The secret to creating explosive growth for your music school is to become a full-time coach and to hire a team of people to function like your quarterback, to execute your plays.

Most of What You Do Can Be Delegated

The first step to simply making this happen is looking at all the tasks that you do during your day and identifying which tasks are things that can be delegated, which is probably 80 to 90% of what you do. That remaining 10 to 20% is what you should focus on, which is strategy and vision. Only you can create a strategy and vision for your business. Your vision, your message, your strategy, that’s the essence of your music school. Everything else can be delegated. Even if you’re at the early stages or you just can’t afford an office staff right now, you have to prioritize setting aside time every day, 1, 2, 3 hours would be amazing where you purely function as an entrepreneur, as the coach, as the leader of your music school. Big picture thinking.

What I used to like to do is I’d go to Starbucks before I went into my studio and I had a notebook and I’d spend a couple of hours, three hours maybe, working on strategic planning. If I had to write copy for my website, I would do it during that period. If I was going to write a Facebook ad, I would do it during that timeframe. Having a separate physical space where I could go to be the coach, the entrepreneur of my business, I found it really helpful. Then over time I eventually hired a team and all I did was entrepreneurial activities.