In 2008 the recession hit my then 5-year-old rock ‘n’ roll music school. Banks were collapsing, companies were closing and my teenage students fled to the hills-well most likely their garages to start their own bands.  Moms and dads were nervous about losing their jobs. Many did. Extracurricular activities were cut as families braced for the worse. 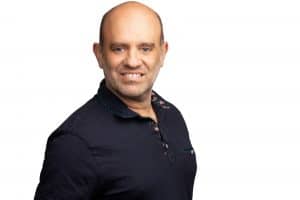 I opened my music school, Dave Simon’s Rock School,  in 2003. Punky-pop music was big at the time and it seemed like every 13-year old wanted to be in a band. Mom’s with baby rock stars wanted in on the dream too.  “Do you guys take 4 year-olds in private lessons?” (sigh).

The Truth About Young Kids and Private Lessons

Sure, some 4-6 year-olds do well in private lessons but we all know how this story usually goes. It rarely has a happy ending.

These candy-crazed-kindergartners would drop lessons in 1-3 months. Mom’s dream of the musical prodigy was shattered. Worse, these kids perceived playing an instrument as something hard to do and not fun.

One day I received a phone call from a mom to inform me she was pulling her 12 and 14-year -olds from my studio.”There have been too many layoffs at my company. We have to really watch our money now”.  The next call was from a mom with a 5-year-old wanting guitar lessons. I had a fixed response, “We really want your child to succeed with music. 5 is just too young for guitar lessons”.

Something is wrong with this picture

So what was I going to do?  I was purging students. I had limited funds to invest in marketing. I had no choice but to get creative and try something different, something radical.

For a few months my new rock band class, Kidzrock, was free to attend. It gave me the freedom to create, change, invent, and re-do each week. I finally figured it. I developed the most insanely simple musical systems so that a 4 year could walk right into band practice and play along with the band…and never have to pick an instrument at home. I figured out a way to make playing an instrument so accessible that any kid can play in the band.

Over the course of the next few months, I created a basic blueprint of a curriculum. I made $30,000 in revenue in my first year with Kidzrock. A year later I launched Jr. Rockerz for older kids (7-11). Kidzrock and Jr Rockerz saved my music school.  Imagine how these programs can help you!

Want to Introduce Dave Simon on Your Show?

Dave Simon founded and operated Dave Simon’s Rock School from 2003-2019. It was apparent to him early on that ensemble programming not only meant greater profit margins for his business but made for an attractive offering to kids. He developed band programs for kids as young as 4 that taught them how to play their instrument in an ensemble positioning private lessons for students that wanted to greater develop and hone their musical schools. He began licensing his band programs Kidzrock, Piano Jam, and Jr. Rockerz allowing studios around the world to see significant gains in not only profits but in student retention. Dave is also the host of the podcast Music Lessons and Marketing that discusses marketing strategies and tactics for music studio owners.